Thank you for following our blog posts. To consolidate information from now on, we will be using our facebook page as our main source for blog posts and information. You can also view updates on our website. 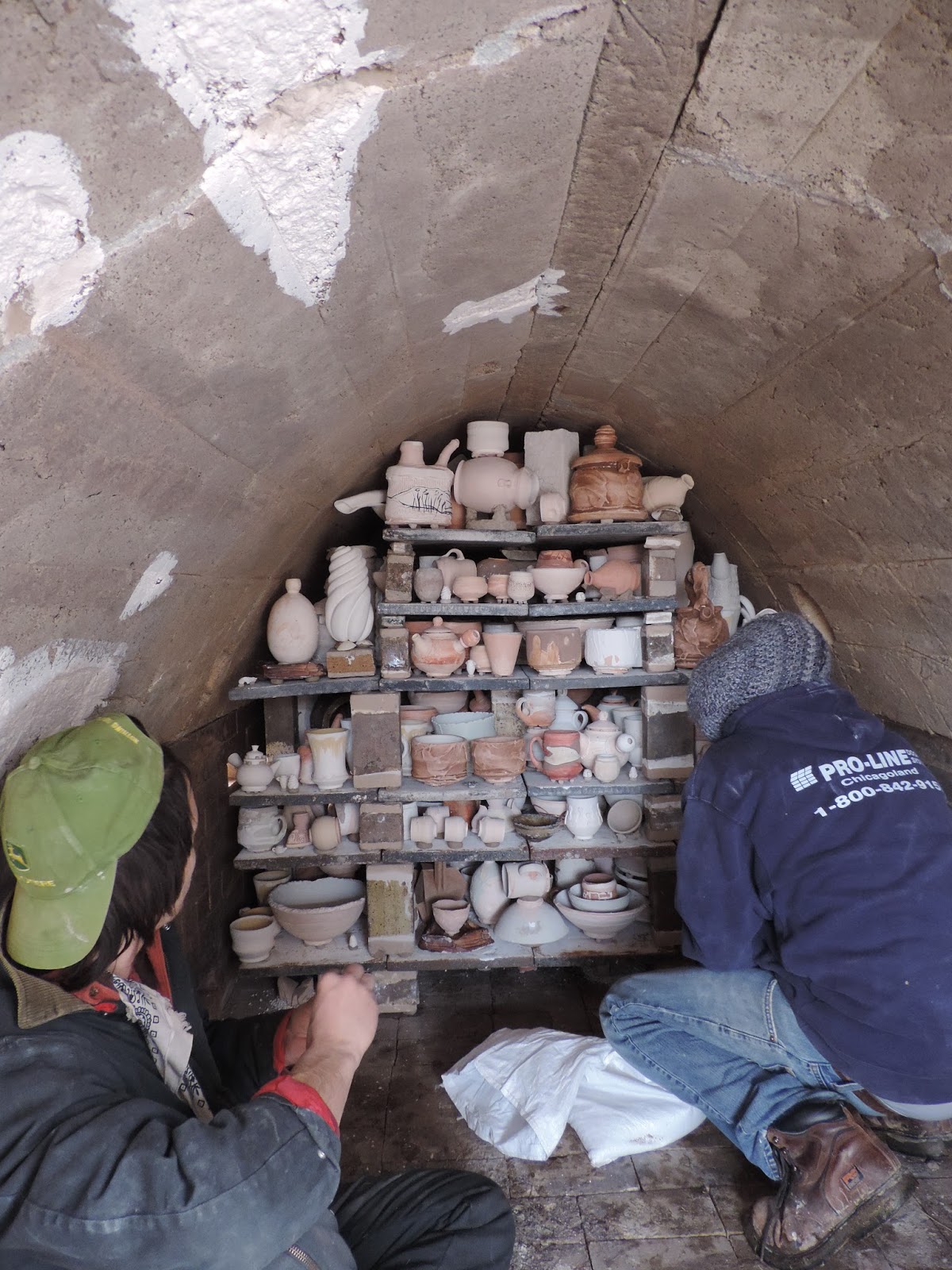 Posted by cubcreek at 9:12 AM No comments:

We are pleased to be a part of a resident show at City Clay in Charlottesville, VA for the month of February. City Clay is a great venue. Newly created, the City Clay studio is creating a great amount of clay awareness in Charlottesville where, previously, there was little. They have classes for all skill levels as well as work space for member artists. And, of course, they also have a gallery space for shows such as ours. Interest in the studio is continuing to grow in the community and I wish them much success.

We really appreciated everyone who came out to check out the show and chat with us about our work. It was a nice evening. The show will be up through February so take a look if you're in the area!

Posted by cubcreek at 6:36 PM No comments:

Check out the blog posts by our residents, Lane and Mitch, about their results with the most recent anagama wood firing.
http://lanekaufmannpottery.wordpress.com/
http://mitchiburg.blogspot.com/2011/11/anagama-fall-2011.html
Posted by cubcreek at 7:38 AM No comments:

We have just concluded the second firing of our newly built Anagama kiln. Here is a recap of what happened and what we learned. Along with a few photos of course.
Our stacking strategy was a bit different this time around. We plugged up a couple air holes at the bottom of the interior back wall. We found this worked pretty well to distribute the flame exiting the ware chamber, which helped to even out the temperature. We stacked the back
pretty full and put our taller pieces in the front with open space above them to allow ash to travel to the back of the chamber.
Our plan for the firing was to go slow, we had no problem gaining temp in the first firing. Then we wanted to hold at about cone11 to get the pots nice and sticky and allow time for the ash to melt. We also tried to keep good reduction throughout the firing starting at cone 012.
We started with an overnight gas preheat and followed by 3 1/4 days of firing with pine and oak, which was a bit shorter than our plan. We did one last major stoke and then sealed it up with cone 12 bending in the front. With just 3 people pulling 8 hour shifts each day, we were a bit tired by the end of it.

We ended Thursday and opened Monday. It was hard to wait for that moment and admittedly,
we peaked.
Here is what we saw...
We learned a lot about our different clay bodies from this firing. Much of the work in the kiln was made using at least some of the native red clay dug on the property. This is one iron rich deposit! We got a lot of dark metallic purpleish brown coloring on the native clay pieces, even those with just a little native. We also found that the native on it's own is not great at catching ash. In the future it will need a little help.
Posted by cubcreek at 7:36 AM No comments:

Come join us at this year's Appomattox Railroad Festival. October 8th (8 am-5 pm) and 9th (12:00 am -5 pm.) We will be selling work from our second wood firing and will also have a throwing demonstration. Should be a great day, so come join us!

More info on the Historical Appomattox Railroad Festival can be found here
Posted by cubcreek at 6:37 AM No comments:

After several not-so-successful firings of our newly built wood/soda kiln we decided it would need to be rebuilt to accommodate a larger fire box. Step one of this rebuild is the demolition of the current soda kiln. We are please to say that step one is complete. Below are a few photos of the process. We are excited to get the new model built and firing beautiful pieces.

We started by supporting the key block of the arch to prevent a major collapse during the deconstruction. We wanted to save and reuse as many bricks as possible. Deconstruction went well as we worked from both sides of the kiln removing bricks. As we got closer to the middle, excitement rose as the arch continued to hold....and hold....and hold. Below you'll see the shortened video of the
collapse of the kiln. It was good to know that the arch we built was strong.

And here is the site of the future wood fired soda kiln.

The Cub Creek Foundation is now accepting applications for 12 month and short term residencies. Please contact John Jessiman at info@cubcreek.org or by phone at 434.248.5074 for more information.